ECM motors are providing a variety of benefits to commercial HVAC systems over traditional PSC motors. These motors are used in pumps, fans, and increasingly in compressors and other motor applications. An ECM pump or fan motor is electrically commutated, which means it uses a DC circuit controlled by an internal microprocessor to vary the speed and torque of the motor to match changing system requirements.

PSC motors, or permanent split capacitor, use non-polarized capacitors and brushes to deliver electricity to the rotating parts. These brushes are known to wear out over time. ECM motors do not use brushes, thereby reducing maintenance and extending service life. 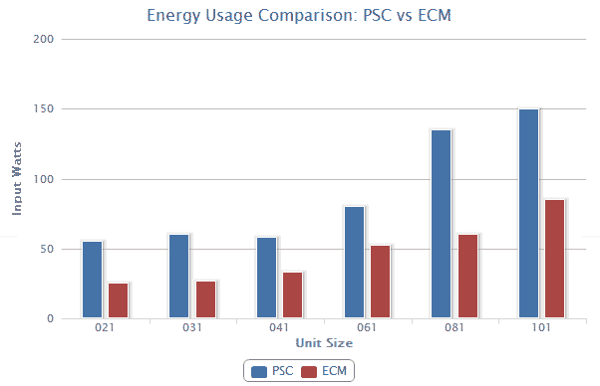 To use the analogy of driving a car, PSC motors operate on-off, similar to a driver who is either flooring the accelerator pedal or hitting the brakes. Conversely, ECMs modulate their speed to the load, similar to how a car on cruise control only requires incremental adjustments to maintain a steady speed.

This results in higher efficiency and less wear on parts.

PSCs have few options for speed control, most of which cause loss of efficiency. By comparison, ECM motor speed is controlled by an internal microprocessor, providing different methods to control the speed of the pump depending on the application. The control method also maintains the motor in an optimum efficiency state.

Pumps and fans are sized to provide the necessary water or air flow during peak loading, which occurs during a relatively few number of hours per year compared to total hours of operation. The graph below represents heat load of a small commercial building over the course of the year.

The black line is the speed of a PSC fan or pump motor, which spins at 100% regardless of the heating demands of the space. The magenta line shows the relative speed of an ECM fan or pump motor, which can use internal sensors and microprocessor to adjust its speed to match the load. Speeds are reduced when heating loads are less than peak thereby minimizing pump cycling and electrical consumption.

Affinity laws calculate power (watts) as the cube of the rotational speed. Annual energy savings up to 75% are possible with an ECM which can reduce speed to match the seasonal load.

The on-board microprocessors allow manufacturer’s to program features to ensure longevity of the motor.


How much more does it cost?

ECM pumps do have a higher cost, summarized below. In Vermont, Efficiency VT is providing incentives toward the purchase of ECM pumps which get the cost very close to that of a standard PSC pump. Even without the Efficiency VT incentive, the payback of the ECM pump due to electricity savings is usually between 1 and 2 years.

The following pump curves represent potential selections for a system requiring 25 gpm flow at 20 ft of head. The first is a Taco PSC pump [2] and the second is a Taco Viridian ECM pump [3]. 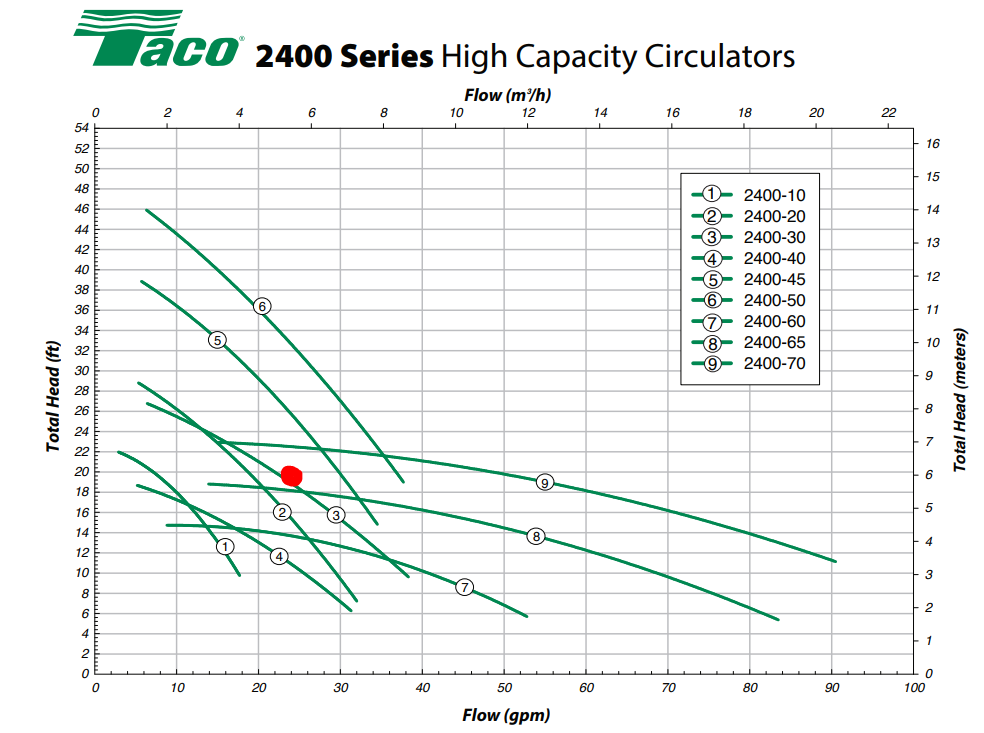 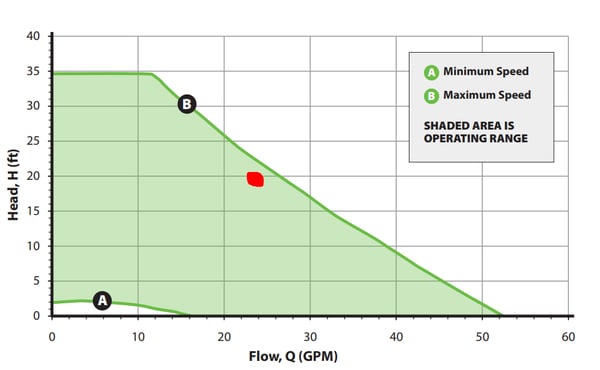 This ECM pump will adjust speed and torque to operate efficiently at all flow and head combinations located in the green shaded area which will provide additional efficiency savings, typically up to 75%.

There are numerous HVAC applications which can benefit from ECM pump and fan motors. When selecting single-phase motors for fractional hp sizes up to 2hp, consider the additional benefits of programming functionality, speed adjustment, motor protection, and electricity savings that electrically commutated motors are capable of providing over PSC alternatives.

To learn more about our service offerings, please feel free to: 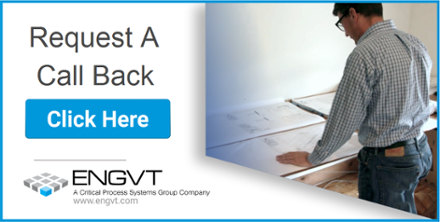